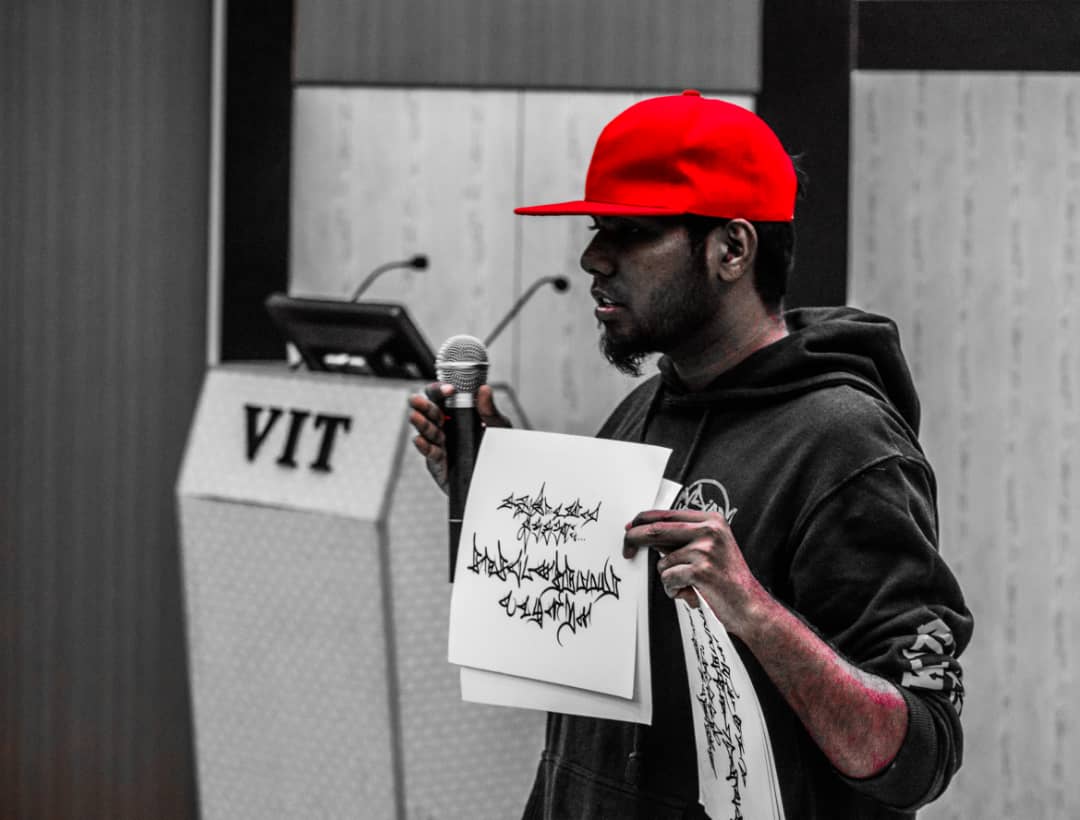 The first thing that comes to mind whenever the term “Graffiti” pops up is that is an art-form heavily influenced by the western culture. Graffiti is an art-form wherein writings or drawings are scribbled, scratched, or painted: typically illicitly, on a wall or other surface, often within the public radar and has been around dating back to the ancestral cultures.
Hailing from one of the most artistically-condensed hubs in the world: Tamilnadu, Chennai – is graffiti artist Vijayaraj. Vijayaraj, or more commonly known as Vijz is from Chennai is 25 years of age and has a full-time commitment to pursuing his passion being a graffiti artist. Vijz is also a professional designer where he began the pursuit of his graffiti art during his college days back in 2011. Vijz kept it simple during his schooling years by exploring the art-form; without actually knowing that it was graffiti. Since then, Vijz says that he learnt in greater depth about graffiti art-form from writer SHEVA ONE; a wild style graffiti artist. His learning journey began with SHEVA’s videos initially; where he eventually got to know him personally and pursued his journey as a student, learning the craft under SHEVA’s tutelage.
Vijz started his graffiti art in English initially, learning the basics before he discovered his independent flair and style in the art-form. When asked why he incorporates Tamil into his graffiti art: Vijz says, “To emulate my style, I added a Tamil letter to the English words like four years ago – but for the past two years, I have been laying out foundations, hand styles and wild style letters for Tamil. This was particularly because kids these days started to immerse themselves into this same culture; and my priority was only to elevate the local scene and its craft. The Tamil pride is ever-existent and unfaltering; and to no surprise, it has been growing the graffiti art-form as well – thus, I would definitely say it is an added advantage.” 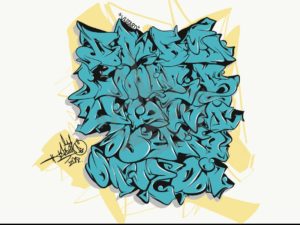 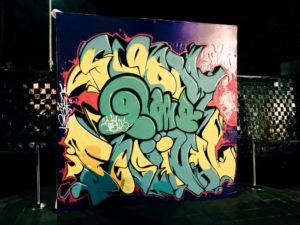 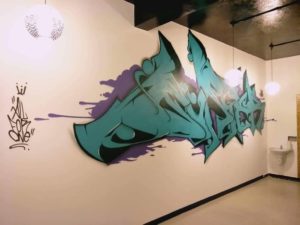 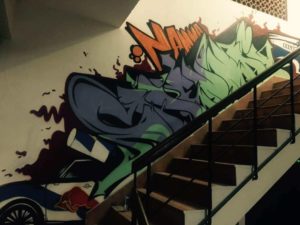 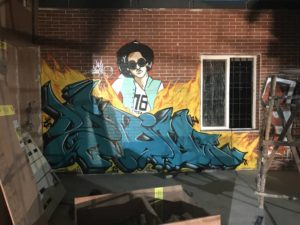 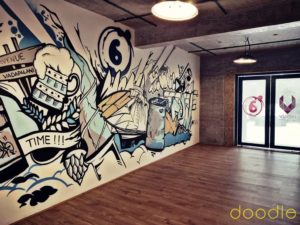 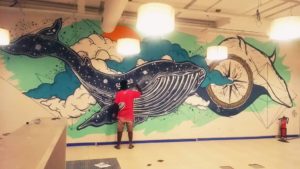 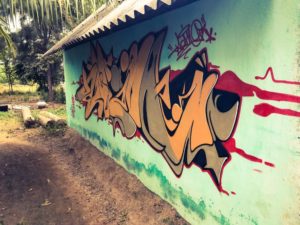 Vijz also believes that graffiti is a effective way to send a message across to the younger generation because they find it fresh, vibrant and cool. We live in an age wherein everything is so fast-paced, and quite literally at the tap of a button. It’s almost impossible to grab the attention off screens; where Vijz believes that the graffiti art-form has the capacity to do that amidst the younger generation. However, Vijz has been also called out several times saying that graffiti is a form of vandalism and has also been questioned by the authorities. Vijz believes that the positivity and authenticity of his art-form has been aligned with God’s grace, as the officials have let them proceed with this creative culture; and sometimes spark interests amongst them too.
Vijz believes that graffiti has far more potential; and by adding more meaning towards the art-form; including current issues, trends, positive messaging – it is truly a culture not constrained to the local scene, but has the capacity to take the world’s stage.
Finally when asked; if he believes that the graffiti art-form, specifically in Tamil – will continue to grow in this current generation, Vijz replied: “Possibilities are endless because the scene has just started in India. In an artistically-rich community, and amidst a community that bursts with passion and creativity; fresh styles and concepts paired with positivity and authenticity has so much to offer; and the opportunity are truly limitless.” Although the Tamil graffiti scene might be new to Tamilnadu, it is unquestionable that it has a very high potential in playing a pivotal role in uplifting the creatives; specifically those with a passion towards the Tamil Hip-hop culture.