Nicki Minaj paid college and tuition fee for her fans 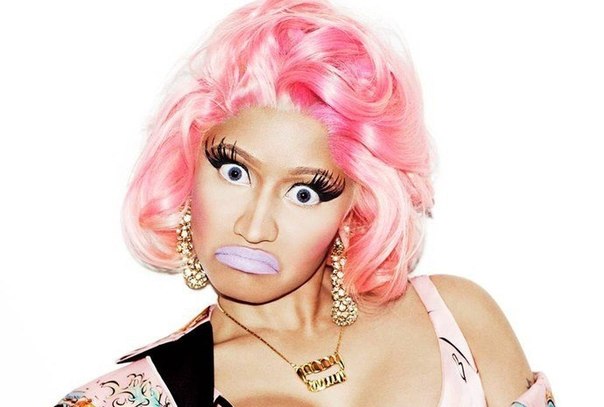 Yes, i was right Nicki Minaj received praising countless media worldwide after she payed tuitions and student loans for her fans who can’t afford. Nicki has helped almost $50k for tuition, loans and college fee by made the offer on twitter under several conditions, asking for verification of 4.0 CGPAs and confirmation from their schools. 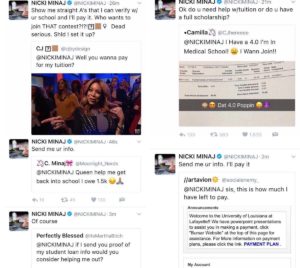 Minaj responded to tweets from fans earlier Saturday evening. The continuations of tweets came after she started a contest for her fan to join her at the Billboard Music Awards which will be held in Las Vegas this month. The contest from #NickiBBMAs diverted to pleas her for favor with college tuition fees and student loans. 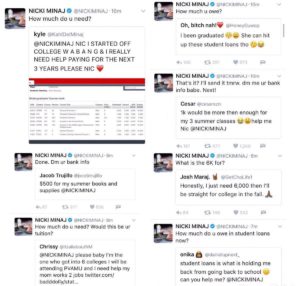 And Nicki agreed to transfer the sum for all the students who requested from her and also she to respond more request from fans to help pay college fees in a month or two, her good thoughts for paying up fee for few college students, that’s real generous of her. 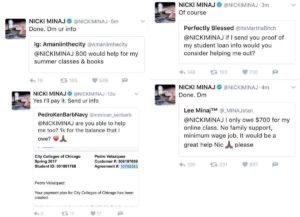 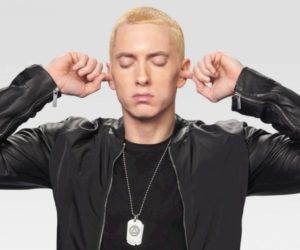