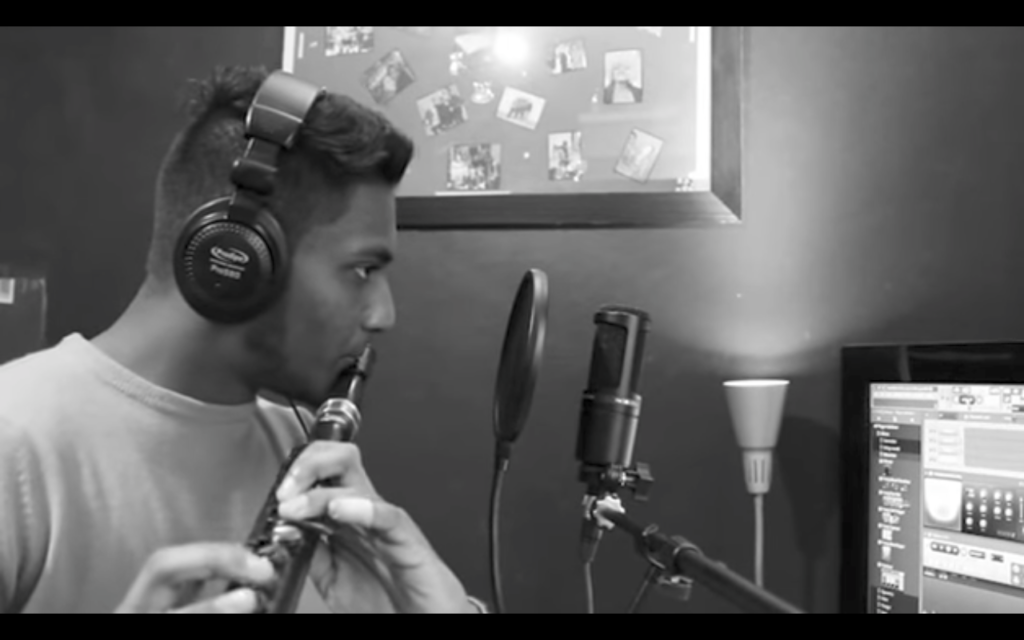 FluteBox which is Flute Beat Boxing or flute boxing represents an innovation in the extended technique of the flute, or conversely, an extension in innovative sound resonators for beatboxing.

It involves production of distinct and stereoscopic flute tones combined with vocal percussion and aural prestidigitation, flute beat boxing enables the use of flute rhythmic instrument.

Senthuuran, 18, a teenage boy born in the famous city of love, Paris, France now living in Lyon. He started to meddle with flute at the age of 7 when he first move to Lyon, but the inspiration and motivation didn’t do him well, when he was about 13 he was almost giving up on his flute as he felt that he wasn’t really good at it. His mentor the flute teacher introduced him one of Nathan’s video on Youtube to take that as his motivation to give a try on that. Quoted “Nathan Flutebox Lee was one of the best flute boxer”

In the recent years, the technique has been shared into an art form by Nathan “Flutebox” Lee and Chrys Pyro. Nathan remains one of the few that can master the playing style. Performing with groups like “The Prodigy”, “Asian Dub Foundation” and his own band “ The Clinic”.

Which is where Nathan became an inspiration to Senthuuran.

He was already beatboxing a little as the other 13 year old kids at his school are doing. He then decided to take it up a notch to try flute boxing. It was definitely hard in the beginning but practise makes perfect that it became more easier for him now.

Being able to play flute box encouraged him to continue to venture in the music industry. It definitely take loads courage to participate in competitions, he went for an audition for France Got Talent but was turn down instead as the judges said he needs more practice.

He’ll never stop, he aims to become a professional flute box musician no matter how hard it takes. He’ll do anything to live his dream and passion. The morale supports that Senthuuran’s family and friends thus also helping him to improve his musical skills will pull him through the ordeal.

Here we present to you his Youtube link. Check him out – Smooth Criminal Cover by Senthu Flutebox